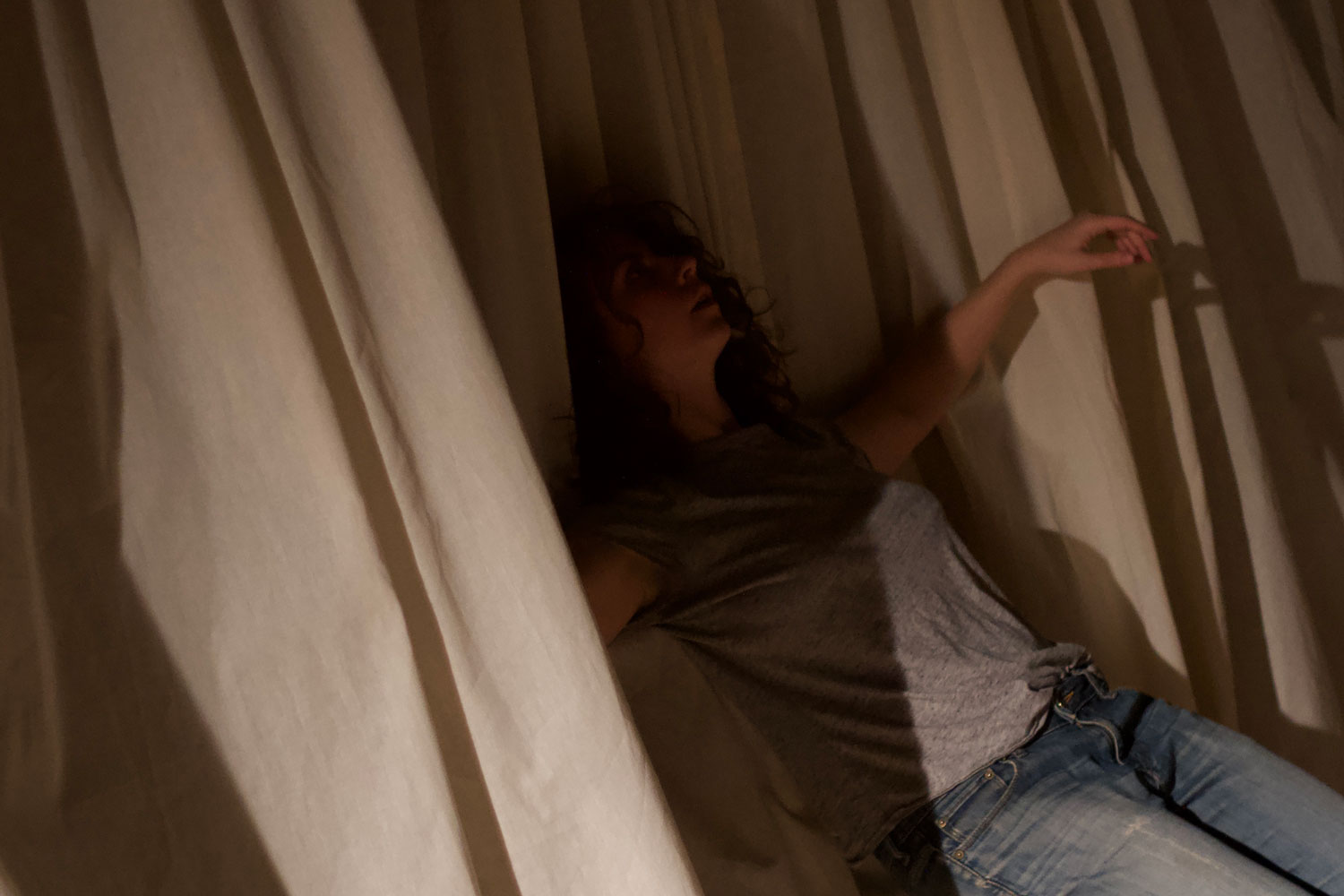 Mortals and gods intermingle on the edge of worlds as new souls are left to navigate the thresholds between life and the afterlife in the latest work developed by Stray Projects. Presented by Wildrence, Beloved parallels the classic tale of Orpheus and Eurydice and explores the innate human desire to hold loved ones postmortem through a blend of site-specific dance and theater in a 60-minute immersive, interactive experience traversing a dreamlike landscape.

Stray Projects is an NYC-based project company operating at the intersection of dance, theater, art installation, and new music to present site-specific performances and immersive productions that highlight the simple beauty of the common human experience. The company is directed by Caitlin Dutton-Reaver, who has presented theatrical, site-specific, and immersive dance and dance theater works in NYC, as well as up and down the East Coast since 2010. Integrating her highly collaborative process with a blend of artistic mediums as an impressionistic approach to storytelling, Stray Projects reimagines age-old tales and shared human experiences in a contemporary context, inviting new and diverse interpretations from audiences. 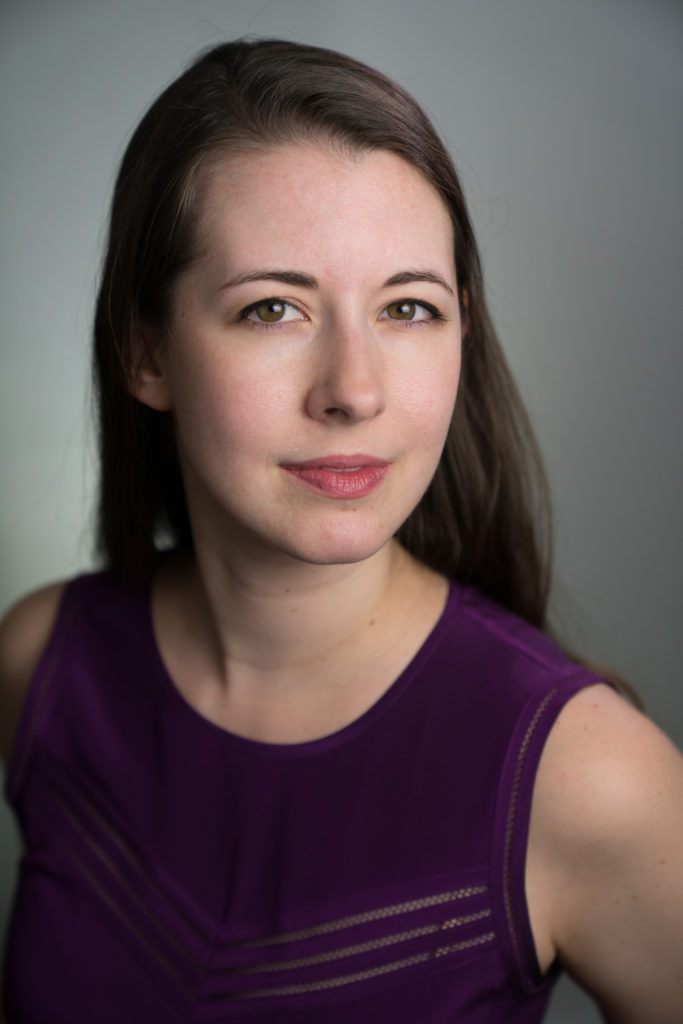 Caitlin Dutton-Reaver is a graduate of the Conservatory of Dance at SUNY Purchase, studied at the London Contemporary Dance School, and is an MFA candidate at Montclair State University. She performed on concert dance stages in New York, California, and London before devoting a bulk of her career to Third Rail Project’s Bessie award-winning immersive theater production Then She Fell with nearly 1,100 performances to date in three roles.

As an independent choreographer, Caitlin has presented dances domestically and internationally since 2010, and as of 2014 under the caitlin+dancers moniker, her company was presented in numerous traditional and site-specific venues throughout NYC and the surrounding region, as well as toured along the East Coast. She rebranded as Stray Projects in 2020 to incorporate a wider range of performance, including immersive dance theater. 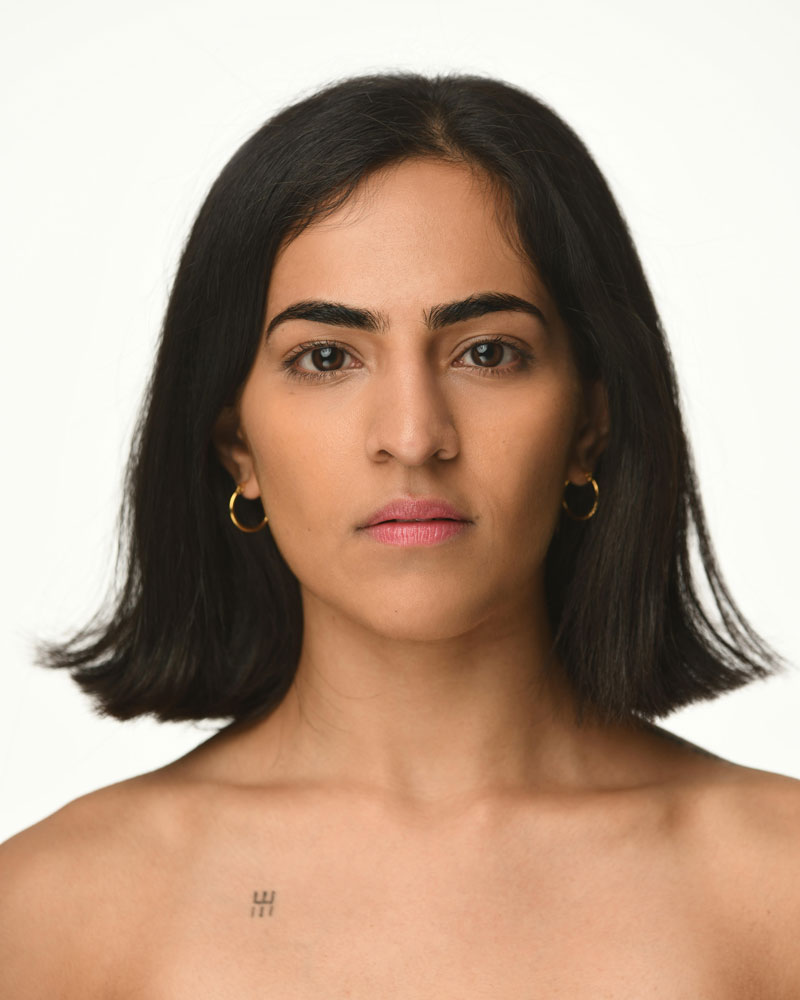 Devika Chandnani is a performing artist curious about where dance intersects with leadership, self-esteem and social connections. She began her training in 2012 at The Danceworx Performing Arts Academy and danced with Navdhara India Dance Theater in Mumbai. She graduated from the Ailey/Fordham BFA in 2019 and Summa Cum Laude in Economics at Fordham University. Currently, she is performing in Third Rail Project’s Then She Fell and dances site-specific works with Amirov Dance Theater and Stray Projects. She has been fortunate to work closely with choreographers like Francesca Harper, Adam Barruch, Chuck Wilt, Cameron McKinney and Alivia Schaffer. She teaches Horton at Dance Theater of Harlem, The Ailey School and The Ailey Extension. Her volunteer work with JUNTOSCollective culminated in a 6-week long capstone project in Oaxaca, Mexico where she used dance to foster confidence in women who’ve experienced gender-based discrimination/violence. She is committed to educating via dance and strongly believes in the physical and emotional autonomy that the art form has to offer. 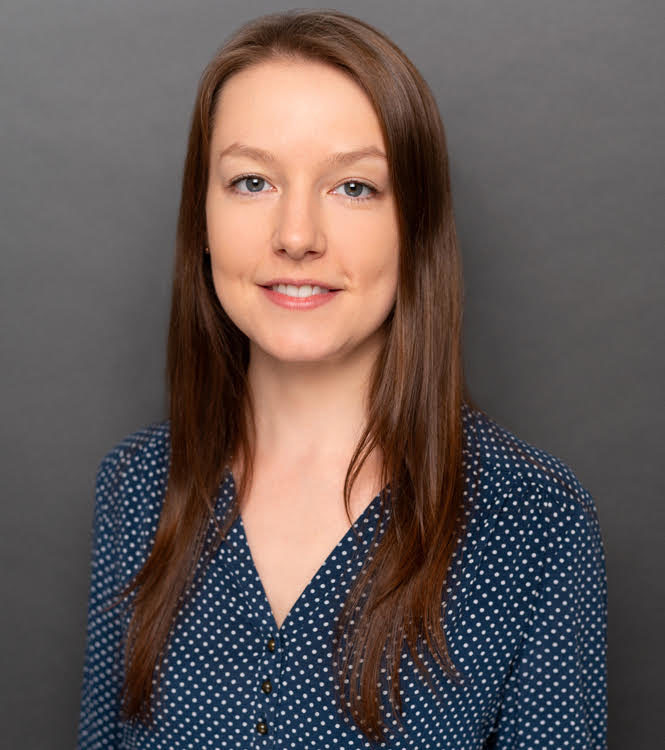 Marion Helfenstein trained in her native France with a soloist of the Opera de Paris, then at the Conservatory of Lyon before moving to Paris, earning her Ballet Teaching Certificate and diversifying her training while dancing for internationally touring companies. In New York, Marion studied on scholarship at the Martha Graham School, completing the Professional and Teaching Training Programs, and has since danced with Graham II, BalaSole Dance Company, Kun-Yang-Lin/Dancers, Regina Nejman & Company, InTW Company, Charlotte Colmant’s Project and in Buglisi’s Table of Silence Project at Lincoln Center. She has collaborated with caitlin+dancers since 2014 and Drye/Marinaro Dance Company since 2016. She also takes part in multiple project-based works cross-pollinating visual installation, live musicians, physical theater and improvisation on site-specific set-ups. Marion is also a Guild Certified Feldenkrais® Practitioner. She is thrilled to dance for Stray Projects and thankful to be doing what she loves! 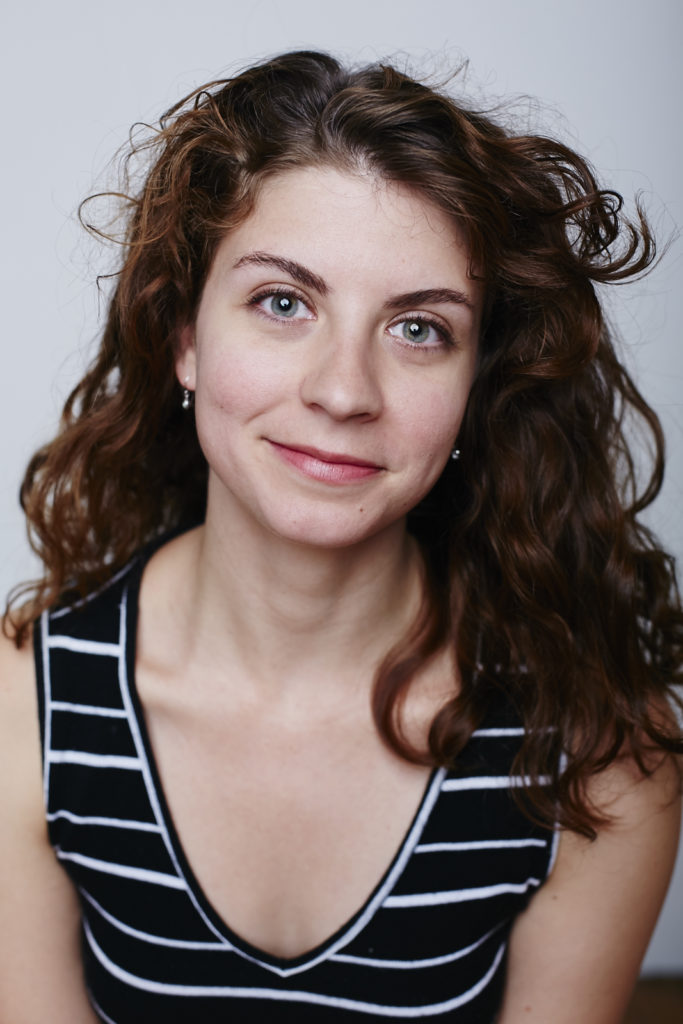 A native North Carolinian, Alex M. Schell is a performer, administrator, and eternal optimist. Since graduating from NYU’s Tisch School of the Arts with a BFA in Dance, she has had the privilege of dancing and collaborating with several companies, including A.O. Movement Collective, Designated Movement Co., and MATYCHAK. She has been a member of Third Rail Projects since 2015, and has had the honor of performing in The Grand Paradise and their Bessie award-winning production Then She Fell. Alex was an originating member of Of Others, the precursor to Beloved, and is beyond grateful for the opportunity to revisit this work with Caitlin and the cast. In addition to her performance career, she is pursuing a Master’s in Marriage and Family Therapy and hopes to bring her immersive skills into future sessions to cultivate kinder communication practices. 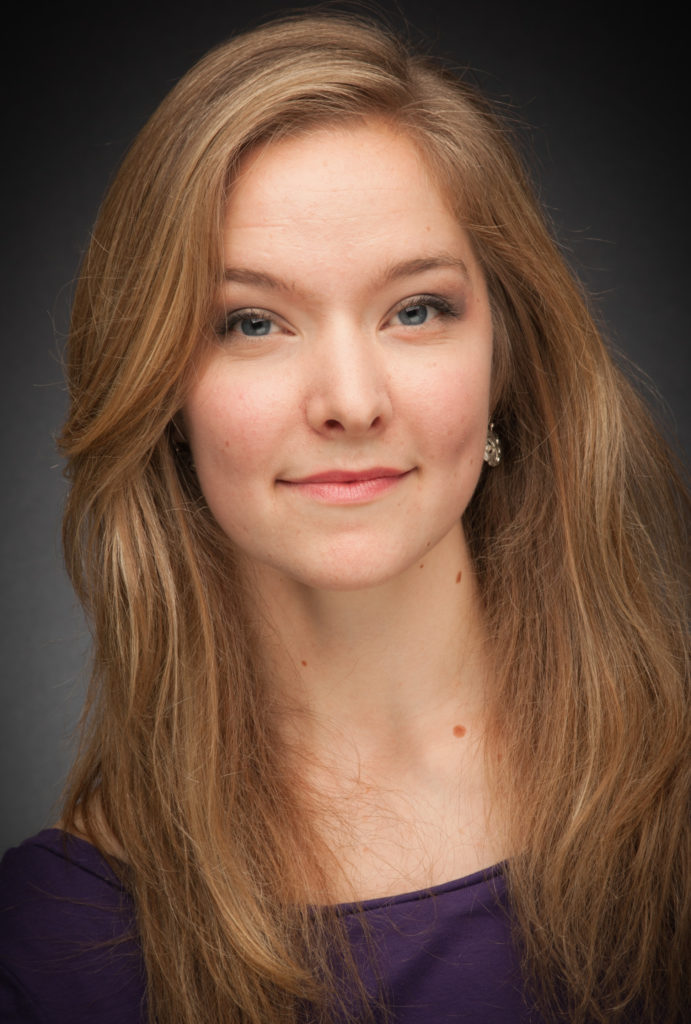 Taylor Semin grew up dancing in grocery store aisles in Littleton, CO.  Eventually graduating from Texas Christian University with a BFA in Modern Dance and a minor in Arts Administration, she performed in Denver, CO with Control Group Productions, projekt move, and also co-directed a site-specific work set at Denver’s Bar Max.  A lover of all things movement, Taylor is a certified yoga teacher.  She currently performs with Third Rail Projects in their Bessie award-winning show Then She Fell. 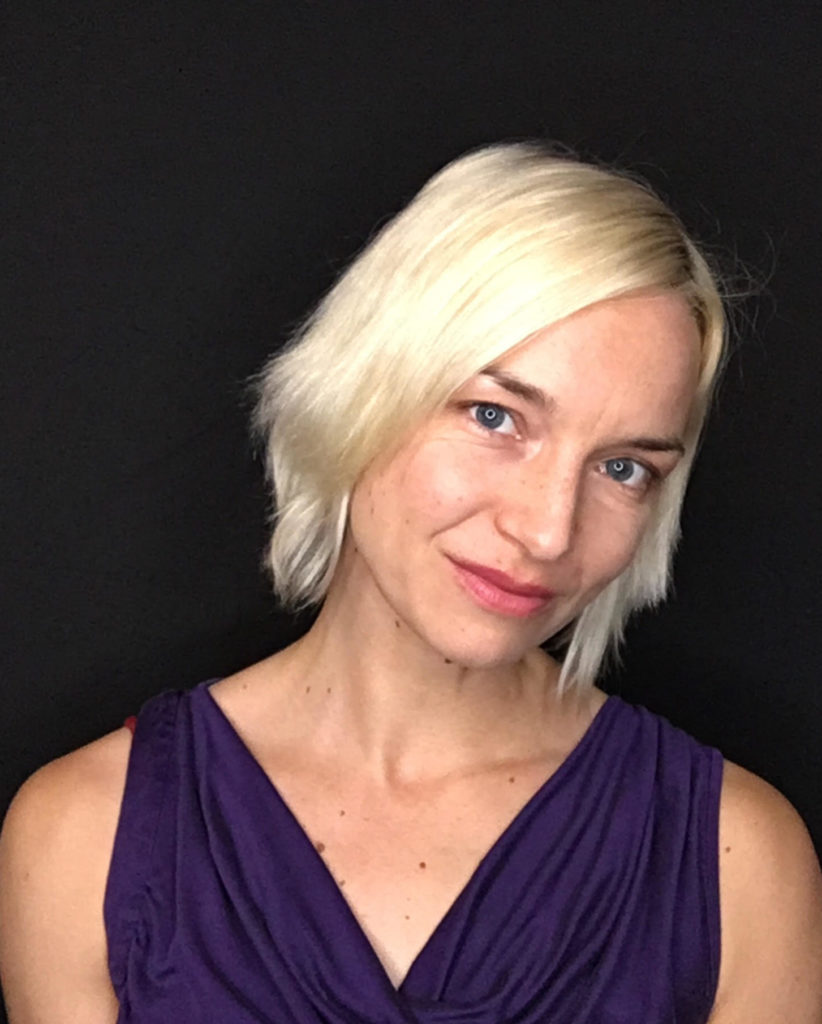 Charly Wenzel is an award winning choreographer whose work has been presented in her native Germany, as well as at Dixon Place, Judson Church, the Bronx Academy of Arts and Dance, The Alvin Ailey Citigroup Theater, Steps on Broadway, The Secret Theater, Connecticut College and many other venues in and around New York. She worked as the choreographer for several recording artists for their live performances and music videos and choreographed for a number of dance films. She has also won several awards for her dance films Global Tides, Licht, and Schein, which have been shown at film festivals worldwide. Charly was a dancer of the Bavarian State Opera Ballet in Germany and performed with Naganuma Dance, Keila Cordova Dances, Regina Nejman & Company, Earl Mosley/Diversity of Dance, Bodystories, LolaLola Dance Theater, Morningside Opera, DexDance, Hydroflo Movement Company, Soul Movement and other companies in and around New York City. She is currently a company member of Third Rail Projects, performing in their Bessie award-winning production Then She Fell. Charly was the Rehearsal Director and Associate Artistic Director of Naganuma Dance, and she worked as the Rehearsal Director for Shadow Box Theater and Bodystories:Teresa Fellion Dance. www.charlywenzel.com

Wildrence is New York’s premier experiential performance space and consulting studio. From original works and collaborations, to educational labs and community outreach, Wildrence is cultivating the immersive scene in NYC through the celebration of interactive design, storytelling, adventure and sensory engagement.